Is Soy Bad For Men? | What You MUST Know

Is Soy Bad For Men?

If so, you’re in the perfect place. As we detail exactly what men need to know about soy consumption inside this guide.

People have many different opinions about soy. Some people think that eating soy is terrible for your health and will crush your bodies natural testosterone production. Others think that soy is a heart-healthy food that deserves a place in your overall diet. The truth is somewhere in between. Soy isn’t the worst food in the world for men. However, if you are trying to maximize your bodies natural testosterone production, then you should probably keep soy out of your diet.

Soy is a protein that is found in soybeans, a type of legume that is native to East Asia. Soy is used to make many different foods, including miso, tofu, temeph, soy sauce and soy protein powders. Soy has been used in Asia for about 1,000 years. Farmers first started growing soy in the 11th century. However, it wasn’t introduced to Europe and North and South America until the 1700s. Today over half of the world’s soy is grown in the United States.

It’s true that soy is a complete protein source, and it has been used in the diets of many Asian cultures for the past 1,000 years. However, animal meat plays a critical role in all human civilizations, and making the jump to a soy-based diet many not be optimal for human health. This is especially true as soy has a reputation for lowering testosterone levels and raising estrogen levels in men. 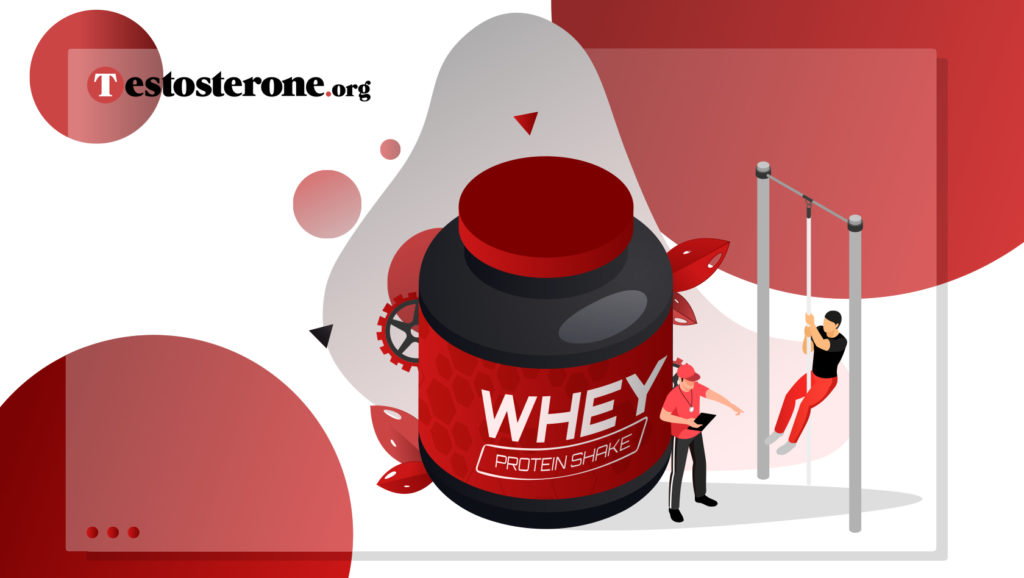 Is Soy Bad For You?

The truth is most studies show that soy has a slightly positive impact on human health. A literature review from 2019 found that people who eat more soy tend to have a decreased all-cause mortality risk [3]. This was just a correlational study, meaning that people who eat soy may live longer because they are doing other things that are good for their health, such as eating a healthy diet or exercising several times per week.

However, there are also studies showing how soy directly improves human health – even if it is just a little bit.

Several recent studies show that soy is a heart-healthy food, and decreases your risk for cardiovascular disease [4, 5, 6]. Researchers believe that soy induces changes in the fatty acids in your bloodstream, and these changes reduce your risk for cardiovascular disease. Indeed, one recent study found that people who eat soy had lower total cholesterol, LDL cholesterol, and triglycerides [7].

Soy has also been found to decrease your risk for gastrointestinal disease, and even cancer [8].

Overall, the research is pretty clear that soy is an ok food to eat, and it will not increase your risk for heart disease, cancer or other diseases. Indeed, a literature review performed in 2022 found that soy is generally safe for human consumption [9].

Why Soy Is Probably OK For Men…

Research shows that soy is probably ok for human health. But what impact does it have on men’s health? Is it a good food for men who are trying to optimize their testosterone levels? The truth is soy has very little impact on men’s sexual health, or their testosterone production.

It’s important to understand that these studies often use soy protein powders and other isolated forms of soy. For example, some studies show that soy protein isolate can deliver similar muscle mass gains to other proteins like casein when taken immediately after a workout [14].

Soy protein isolate is probably an ok food choice to have every now and again, and it may even be a good substitute for vegan and vegetarian athletes who still want to perform at a high level. However, many of the modern day foods that use soy are probably not as good for your overall health. For example, tofu, soy sauce and soy lattes are known to raise estrogen levels in men.

This is where the “soy boy” meme comes from – men who consume too much soy often produce too much estrogen, and take on a more feminine appearance.

Overall, soy is probably an ok food for men. If your goal is to maximize your testosterone levels and your physical performance, then there are probably better foods that you can eat. However, using a soy protein powder once in a while probably won’t destroy your progress in the gym, and it may have some heart-healthy benefits as well. 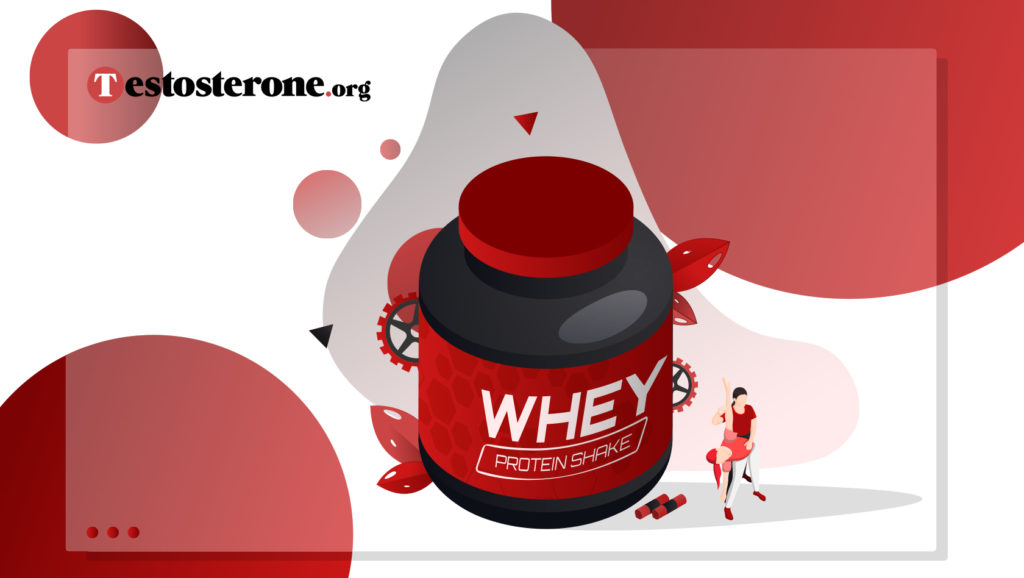 Soy For Men | What You MUST Know

The bottom line is soy is probably ok for men. However, it should probably be avoided if your goal is to maximize your bodies own natural testosterone production. There are just so many foods, including animal proteins, vegetables and fruits that are better for your overall health and for your total testosterone levels. Let’s take a quick review of the research.

Most recent studies show that soy does not negatively impact men’s reproductive hormones, such as their testosterone production [duplicate]. There are also several studies showing that soy decreases your overall all-cause mortality risk, and may even reduce your risk for cardiovascular disease and certain cancers.

However, most modern-day soy products are heavily processed, and contain large amounts of phyto-estrogens which have been shown to increase estrogenic effects in men.

Soy is similar to alcohol in this respect – it’s probably not that bad for you when consumed in small quantities. However, taking in large amounts of highly processed soy products is probably not the best idea for most men.

Is Soy Milk Bad For Men?

Soy milk is a beverage that is made form soybeans – the same legumes that are used to make tofu and other soy products. Soy milk is made by grinding down soybeans, boiling them, and then filtering out the leftover particulates. Most studies show that soy milk is no better or worse for men than any other soy product. For example, a recent meta-analysis found that incorporating soy milk into your diet may reduce your risk for cardiovascular disease [14].

Another meta-analysis found that soy milk had a protective effect against prostate cancer [15]. Soy milk is probably not the best drink in the world if your goal is to raise testosterone levels. Red wine and green tea are two drinks that have a better track record for raising testosterone in men. However, soy milk is probably an ok choice for most people.

Is Soy Protein Bad For Men?

A study performed in 2007 found that one serving of soy protein powder lowered men’s testosterone levels by 19% [16]! Another 18-month study found that soy protein was inferior to casein protein for raising IGF-1 levels in men [17]. Soy protein powder probably isn’t your best bet. However, it can be an OK option for men who are trying to avoid animal protein sources altogether.

Another study performed in 2007 found that soy protein was comparable to other protein sources, like whey and casein, for helping men recover following an intense resistance training session [18]. The bottom line is soy protein powder is probably not as beneficial as whey or casein. 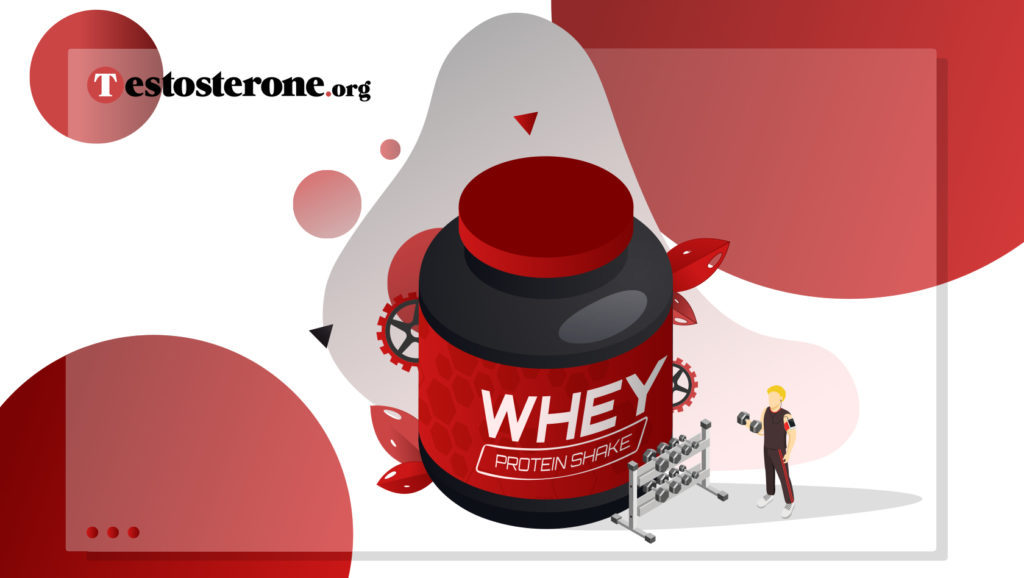 Is Soy Sauce Bad For Men?

Soy sauce has been called man’s oldest prepared seasoning [19]. It is really a mixture of different foods – soy sauce is made from a fermented paste of soybeans, roasted grain, brine, and aspergillus oryzae or aspergillus sojae molds [20].

Very little research has been performed on soy sauce. One study performed in 2005 found that soy sauce was actually beneficial for human health. Soy sauce appears to lower systemic inflammation and reduce your risk for developing certain types of cancers, such as liver cancer [21]. However, soy sauce still might not be the best food for you.

Is Soy Bad For Men? | Verdict

The internet would have men thinking soy is the devil. However, the reality is far more nuanced.
Soy may not be ideal for men looking to optimize their hormones and life, but it’s not the worst thing men can put in their bodies.

Numerous studies show that people who consume soy products have a lower all-cause mortality risk, and are less likely to have heart disease, type 2 diabetes or even cancer. There is also little evidence to suggest that soy negatively impacts men’s reproductive systems. However, there is a lot of real-world evidence that men who consume more soy products have higher estrogen levels than men who don’t.

Soy isn’t the worst food in the world, and it’s probably ok to have once in a while. However, there are probably other foods that you should focus on if your goal is to raise your body’s natural testosterone production.