MK-677 Benefits | What You MUST Know about this HGH Booster

Curious about MK-677 benefits? Then you’re in the right place, as we detail why so many athletes and bodybuilders have been using this over-the-counter supplement as of late.

MK 677 has been all the rave lately, with claims of not only being good for building muscle and losing fat, but also being exceptional from a longevity standpoint. It’s time we took a deep dive into what is found in reality about this research chemical.

In case you haven’t noticed, SARMs, or Selective Androgen Receptor Modulators, have been taking the health and fitness industry by storm. These research chemicals were developed to replace steroids in the medical field, as they have less androgenic side effects than many traditional anabolic steroids.

This chemical does not bind to the androgen receptors in the body in the way that SARMs and anabolic steroids do. Instead, it binds to the pituitary gland located inside the research subject’s brain. MK-677 was developed as a medical research chemical to enhance the release of growth hormone in individuals who are suffering from a growth hormone deficiency [1, 2].

Research shows that individuals with low growth hormone may suffer from a variety of symptoms, including increased adipose tissue, depression, fatigue, sensitivity to heat and cold, and a general feeling of illness [3]. 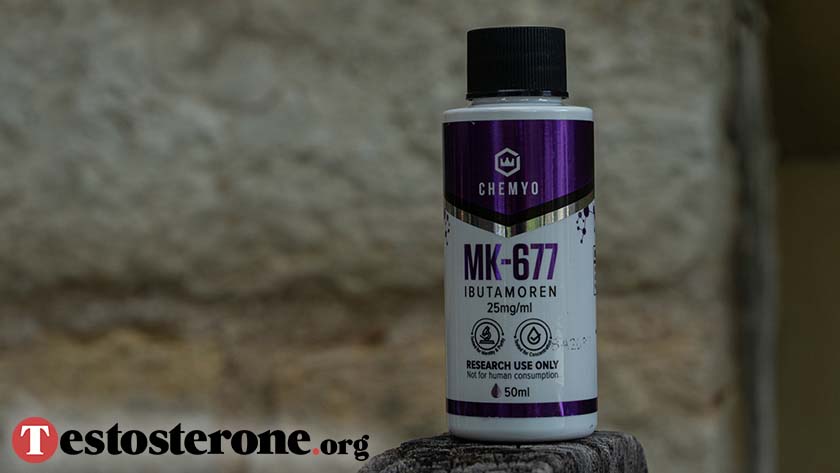 As beforementioned, the main benefit of using MK-677 is going to be the ability to stimulate the release of Growth Hormone and IGF-1 into the body. Compared to just using exogenous growth hormone, MK-677 will not downregulate the subjects own endogenous production of growth hormone.

MK 677, like most research chemicals, must still undergo a great deal of research before any blanket statements can be made. That being said, there are plenty of studies showing that MK-677 is perfectly to use with research subjects.

While MK-677 has been shown to be safe in a few studies, various independent researches have been using MK 677 for the physiological benefits, and few if any, experience significant adverse effects. That being said, more academic research is needed.

Like with most research chemicals on the market today, MK 677 comes in various forms to administer to the body. These include:

Each of the administration methods will have its own benefits and drawbacks, such as the fact that using an oral liquid version of MK-677 does not require piercing of the skin, which lowers the risk of infection.

Because of the side effects associated with MK-677, which have been discussed above, research subjects who use MK-677 will be limited with the number of cycles they can run over the period of a year. The biggest concern would simply be checking blood pressure, resting blood glucose levels, as well as cholesterol levels. If these are in check, subjects could be looking at using MK-677 for 1 – 2 cycles per year to reap the rewards of increased growth hormone.

If taken in an environment where calories are not restricted, it would also be beneficial to keep watch on your resting blood sugar and glucose levels, as it has been shown that MK 677 can increase insulin sensitivity. This would usually be undone if the user would to use a calorie restricting diet whilst on cycle. 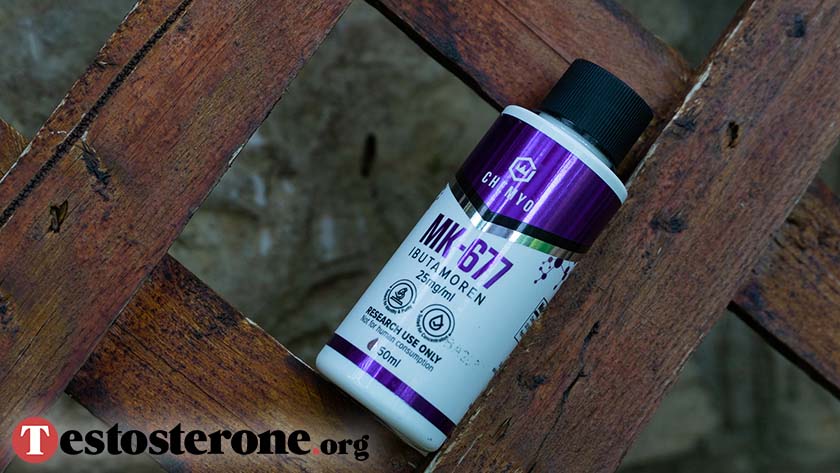 With so many benefits of MK 677, you might be inclined to want to do further research on the product. For that endeavor we would highly suggest that you take a look at the Mk-677 offered by Chemyo.

Chemyo is one of the leading developers and retailers of research chemicals. Based in the States, Chemyo aims to provide a high-quality product at a cost-effective price, with no under dosing and no cutting of corners. All their products are third party tested to make sure the client will always be satisfied.

The MK 677 that Chemyo offers is dosed in a 50ml bottle, compared to other competitors which would be using a smaller container, meaning in the long run you could be spending less on shipping by using Chemyo. With great reviews on their website, the MK 677 is sure to deliver on the promise made by the manufacturer.

Research chemicals have been tested by academics as well as independent researches with great success, and MK-677 seems to be leading the pack. With various benefits such as increased fat loss, improved sleep, and just a general increase in life quality, MK-677 could very well be a great addition to a supplement regime.

While safety is still advised, studies have found that conservative dosing over a conservative period of time has been nothing but beneficial to the test subjects. That being said, more research would always be welcomed.